If you are involved in the hire industry you will be well aware of Speedy Hire, a UK provider of equipment rental in the construct 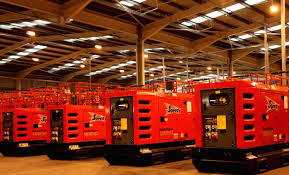 Experiencing troublesome times in business Toscafund, which owns 19.5pc of the company, has published a letter accusing Jan Astrand of a string of offences. After ignoring the boards’ demands to stand down the largest shareholder, Toscafund, is preparing a plan of attack.

The main accusation is communication, with Astrand criticised for not reporting the speedy deterioration in the company’s share price; a price that has fallen by a fifth in the past year.

Mr Hughes, the Chief Executive of Toscafund is heavily involved in this dispute, concerned over the future of the firm as a result of Astrand’s negligence. The Telegraph reports:

‘Mr Hughes is also angry at Mr Astrand’s decision to pull out of merger talks with rival HSS despite a report from an independent adviser that showed a tie-up would deliver £20m of synergies against current analysts’ forecasts of £10m pre-tax profit in 2016.’

While Astrand refuses these comments, claiming HSS Hire talks dissolved a long time ago Toscafund decided to go public with their concerns last month, requesting a shareholder vote that would replace Mr Astrand with David Shearer, the former chairman of Mouchel. In an open letter the board members and shareholders requested the resignation, however, it is understood that Mr Astrand has offered to assume the position of a non-executive chairman.

Let us know what you think about this dispute by leaving your comments below.

Abbey is one of our longest-serving Editor at Anything for Hire News who specialises in hire & rental news in the UK as well as internal related blogs.