As you will know the world has gone slightly mad this week with the release of Pokémon Go, catapulting the kids of the 80’s and 90’s into hysterics. Reinventing the Pokémon brand the release of the app breathes new life into Pokémon seeing many individuals making money from the game launch.

Pokémon Go is a free-to-play location-based augmented reality mobile game developed by Niantic, seeing users take to the streets to look for virtual Pokémon characters. Causing havoc on the streets as well as in the forums the world is fighting to be crowned Pokémon Go champion, with some even sourcing outside help for such virtual missions.

American girl, Ivy, is just one example of how people are making money from this free app. Seeing a gap in the market for workers that love the game but have not got the time to put into it Ivy is offering her services at a fee of $20 per hour; a fee that people are more than happy to pay. 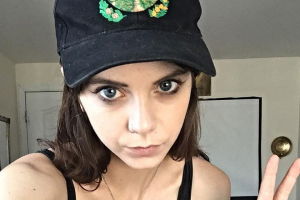 “I will walk around in 1-4 hour shifts signed into your account capturing every single Pokémon I come into contact with, activating every Poke Stop I pass and walking nonstop to help hatch your eggs,” Ivy said in her now-deleted ad.

“I’ll even send you hourly updates while you’re at work, class [or] on a hot date informing you of any really exciting things I’ve come across for you. Pokémon training help, gym battles and strategy tips are also included, if requested.”

Whilst initially posted as a bit of a joke Ivy soon realised that there was actually room to make money through the hype, with many competitors mirroring her mission. Soon after she posted her ad PokéWalk launched, which advertises similar services to Ivy.

Let us know what you think, does Ivy have the potential to make big money from her hire services? Leave your comments below.

Abbey is one of our longest-serving Editor at Anything for Hire News who specialises in hire & rental news in the UK as well as internal related blogs.