Marriage has always being the sweetest thing to experience, especially watching two lovey-doveys who want to spend the rest of their lives together walk amidst great carmaderie to the altar.

What of fake marriage? The absurd and unrealistic culture is a well planned marriage which is scripted like one of Shakespearians best to outsmart people, most times nagging relations. A pseudo-marriage.

In recent times we find couples spending a whole lot to institute a mild romantic drama of a fake marriage ,hiring parents, aunts, uncles and pseudo-relations to please family nagging, ease excessive pressure between in-laws clashes and cover up amazing atrocities away from public ignonimy.

Taking Marlta’s wedding day as a case study, the 25-year-old who was two months pregnant hired a husband cover up the dark secret of her premature pregnancy in fear of the social stigma attached to being a single mother.

The cost and its fast growing acceptability as a profession. Looking closely at a socially conservative Vietnam, marriage can come at a very high price, and a fake one would mean spending more than normal.

“My parents would have been the first to be filled with shame if I was pregnant and without a husband,” Marlta, barely showing, told AFP a month after the $1,500 fake marriage, which was quietly paid for by her baby’s father who is married to another woman.

The wedding-guests-for-hire business is growing in Vietnam where some 70 percent of people over 15 are married and not just among pregnant women like Marlta looking for stand-in husbands. To make matter worse, sometimes when you go to a wedding you have got a lot of pseudo beings acting in the best friendly way to build up the cover as the pays as fake guest makes their livelihood.

Young couples are shelling out thousands of dollars to rent parents, aunts, uncles, godparents and friends to appease familial pressure to tie the knot or avoid clashes between in-laws who disapprove of the union.

Marlta and her fake husband were never legally married, a formality often overshadowed by lavish wedding parties in Vietnam but she is forever grateful to him for playing the part in front of her friends and relatives.

“I felt like I was about to drown but I grabbed a life jacket,” said a smiling Marlta, whose name has been changed to protect her identity. Her parents were in on the secret but Marlta plans to tell the rest of her family that her ‘husband’ left her preferring to be a divorced single mother than having a baby out of wedlock.

Relationship norms are changing fast among youth in Vietnam, where more than half of the 93 million population is under 30. More couples opting to live together before marriage or shunning the family home afterwards and renting their own apartments.

Abortions are on the rise too, with as many as 300,000 officially documented last year, but the stigma remains high. But when it comes to wedding ceremonies, many still feel immense family or social pressure to hew to tradition, especially from ultraconservative elders.

People don’t have the courage to live true to their hearts, they face traditional habits and customs, cultures and views.

A psychology researcher Nguyen Duy Cuong explained on the major cause of abortion and pseudo marriage.

“We should put ourselves in the shoes of those who have no way out,” he said, offering sympathy for those who pay for the actors to avoid causing a family rift.

That’s what led Huong and her boyfriend Quan to stage a fake ceremony. His family shunned her because she came from a poor province, but Huong’s parents insisted she marry during the year of the rooster on the advice of a fortuneteller. So the couple hosted a fake wedding in her home province of Nghe An, though they refused to say exactly how much they spent.

Her wedding guests were real, but his father, mother, uncles, aunties, friends were all hired. Despite the charade, Quan says their committment is genuine. It was both fake and real, he told AFP after the traditional ceremony last month, though is circumspect on how he will handle his parents expectations for his future.

The day almost went off without a hitch until a hired uncle got Quan’s childhood neighbourhood wrong in his wedding speech to hundreds of guests.

Still, Quan was relieved when it was all over, though he must still keep the wedding a secret from his real parents.

“It’s good to spend a bit of money and make everyone happy. We settled the headaches in peace,” Quan explained.

Quan and Huong are among hundreds of couples who hired wedding guests from Vinamost, one of a handful of Hanoi companies offering such services for as much as $4,400 for a full package.

Company founder Nguyen Xuan Thien says they’ve staged thousands of weddings over the years, though there are no statistics on how many fake weddings are held annually across Vietnam.

Thien said business has steadily grown with more than 400 guests for hire today from less than a dozen about a decade ago. But even he has has mixed feelings about social pressures that have carved out a market for his business.

“The message to society is that we are very worried. Like a hospital treating illnesses, we are helping brides and their families but we don’t want this to grow” Thien told AFP, adding that he considers his work a kind of community service and doesn’t make much a profit.

Marlta, who is due around April, says her fake marriage finally freed her from her lie. She said: “Hiding my pregnancy was so exhausting, but now I feel very confident about the present and the future.

Fake marriage might be the craziest to do considering its cons but its pros sometimes are proven showing why the offshoot is so high. 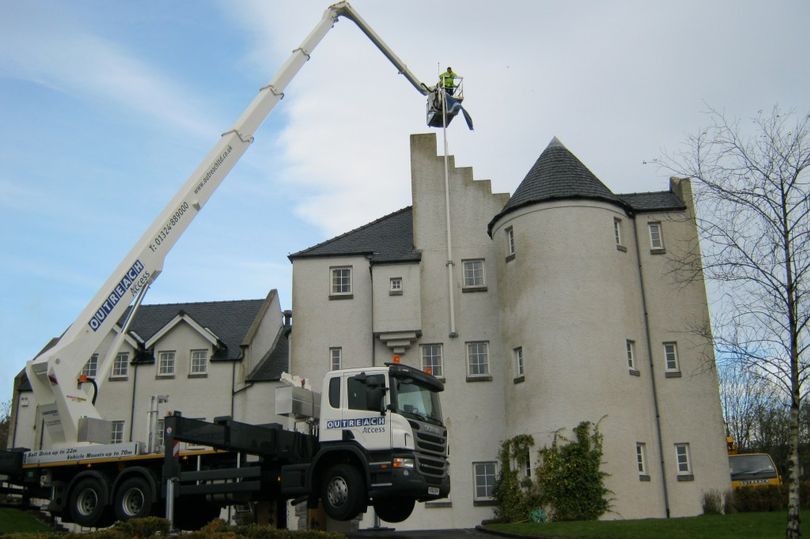